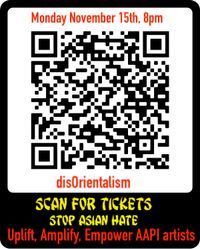 This program lasts about a 75 minutes and is recommended to boost your immunity against racial bias, inaction, xenophobia and orientalism. #stopasianhate #freeHelloKitty #nuyorasian #electricviolin #savechinatown #AAPI #wokthisway LINEUP INCLUDES:Adrianna Mateo (@adriannamateo): Badass Disney Princess and radical performance art violinist and singer songwriter, Mateo opened for Alicia Keys and has been seen at the Metropolitan Opera, Late Night with Colbert and the Met Museum.

MORE TO BE ANNOUNCED....

All tix 20 bucks seating is limited! 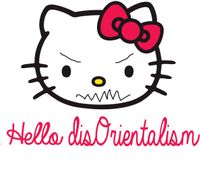 A full on art party hosted by Kate Rigg and featuring some of New York's most talented Asian American Performers. Spoken word, music, comedy, improv all for free at one of NYC's hippest clubs. Starts at 730 and goes until we run out of ART!! Bring a song, bring your act and bring the fun! With maestro Lance Horne at the piano.

Kate has the great honor of hosting and interviewing guests at the Dolores Huerta 91st birthday celebration! Please regiter and join us for a once in a lifetime opportunity to interact with one of America's most celebrated and iconic freedom fighters. Let’s dream together and become architects of a better future! This is a critical time to invest in our communities and empower ordinary people with the tools they need to build a more equitable, democratic and just society. The Dolores Huerta Peace and Justice Cultural Center will welcome thousands of visitors and activists from around the world with the common goal of building the power and practice of grassroots community organizing. Proceeds from this event will fulfill Dolores’ dream of creating a world class organizing academy during her lifetime.

Nicole Ansari directs local actors musicians and poets in searingly personal monologues on the subject of memory and identity. SHE/HER celebrates eight different women and eight unique stories bound together by the observations of one teenage girl.

Nicole Ansari directs local actors musicians and poets in searingly personal monologues on the subject of memory and identity. SHE/HER celebrates eight different women and eight unique stories bound together by the observations of one teenage girl.